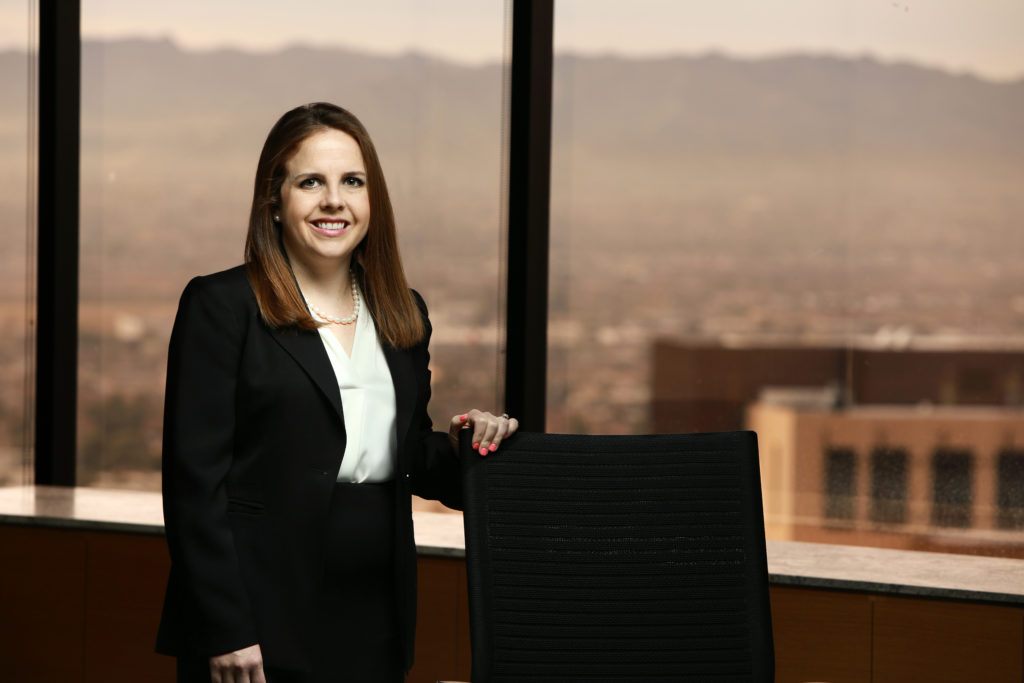 Before joining JSH, Anne gained legal experience at Phoenix and Albuquerque defense firms focusing in the areas of commercial litigation, healthcare, medical negligence, and general defense. She also clerked for New Mexico Supreme Court Chief Justice Petra Jimenez Maes, and served as an attorney-advisor for the U.S. Court of Appeals for the Armed Forces in Washington, D.C.

Anne earned her law degree from the University of New Mexico, where she also worked as a research assistant for the Dean of the law school and as a law clerk in the Law Practice Clinic. Active in her law school community, Anne participated in an exchange program at Howard University School of Law in D.C., served as citations editor for the Natural Resource Journal, and participated in the Phi Alpha Delta National Mock Trial Competition. She also worked as a summer associate at a New Mexico commercial litigation firm, and as a legal intern with the Office of the District Attorney, Community Crimes Division in the Second Judicial District.

While earning her undergraduate degree in Criminal Justice from George Washington University, Anne studied in Santiago, Chile at the Universidad de Chile and in San Jose, Costa Rica at Corte Interamericana de Derechos Humanos. She served as Captain of her Mock Trial team, ranking 6th place in the 2006 National Gold Championship, and a “Top 10” ranking in 15 national tournaments. Anne was accepted into the Criminal Law Internship Program and worked as an intern investigator at the D.C. Public Defender Service. For four years, Anne worked as a legal intern at Gray Plant Mooty (now Lathrop GPM), the oldest continuing law practice in Minneapolis.

Anne is proficient in Spanish and enjoys tennis, cooking, and traveling when outside the firm.