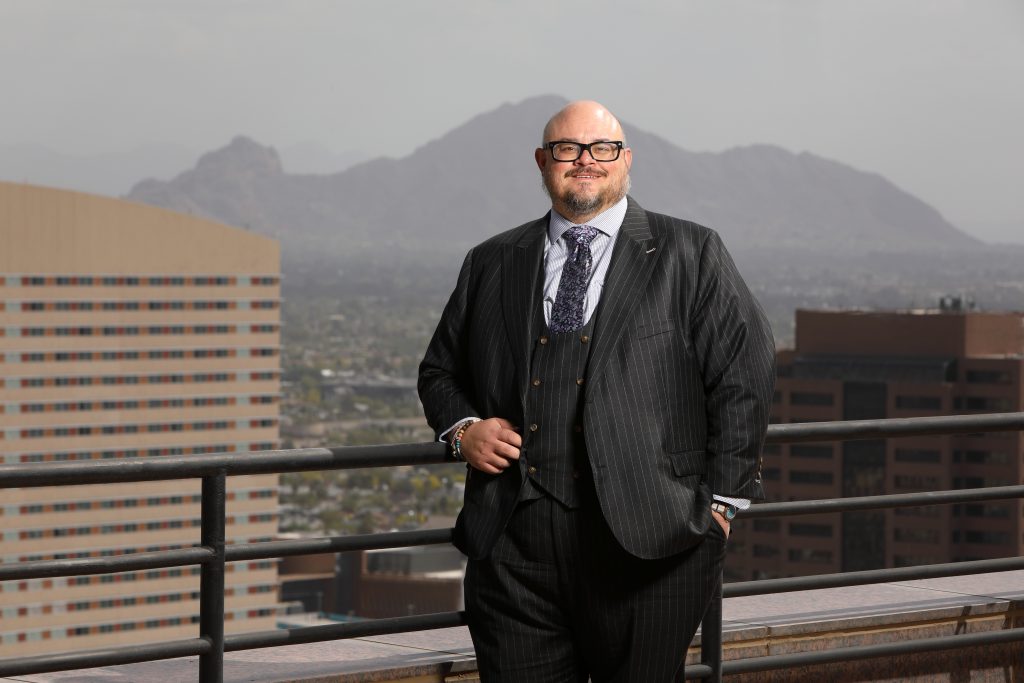 Michael Shumway is an experienced appellate attorney with a particular focus on transportation defense.

After graduating in the top 5% from the University of Arizona, James E. Rogers College of Law, Michael spent a year clerking for Chief Justice Robert Brutinel of the Arizona Supreme Court.

Prior to joining JSH, Michael served as the Appellate Section Chief for the Navajo County Attorney’s Office, where he handled all appeals and petitions for post-conviction relief. He represented the State of Arizona before both the Arizona Supreme Court and Arizona Court of Appeals. In addition to his appellate advocacy, Michael assisted the County’s trial section with reviewing and charging cases, presenting to the grand jury, the preparation and arguing of case-dispositive motions, consulted on trial strategy, and presented multiple felony trials to a jury – obtaining a guilty verdict each time.

Michael previously owned and operated his own general legal services practice, assisting clients in family, tax lien, criminal, miscellaneous civil, and appellate matters. As a solo practitioner, he provided full-service representation from inception to termination of a case, giving him a unique perspective on client service.

A sixth-generation native Arizonan, Michael was born and raised in northern Arizona. His pioneer ancestors founded the town of Shumway, Arizona located between Snowflake and Show Low. When not in the office, he can be found coaching one of his kids’ many sports teams, walking one of his three bullmastiffs, or rooting for his University of Arizona Wildcats.

Order of the Coif