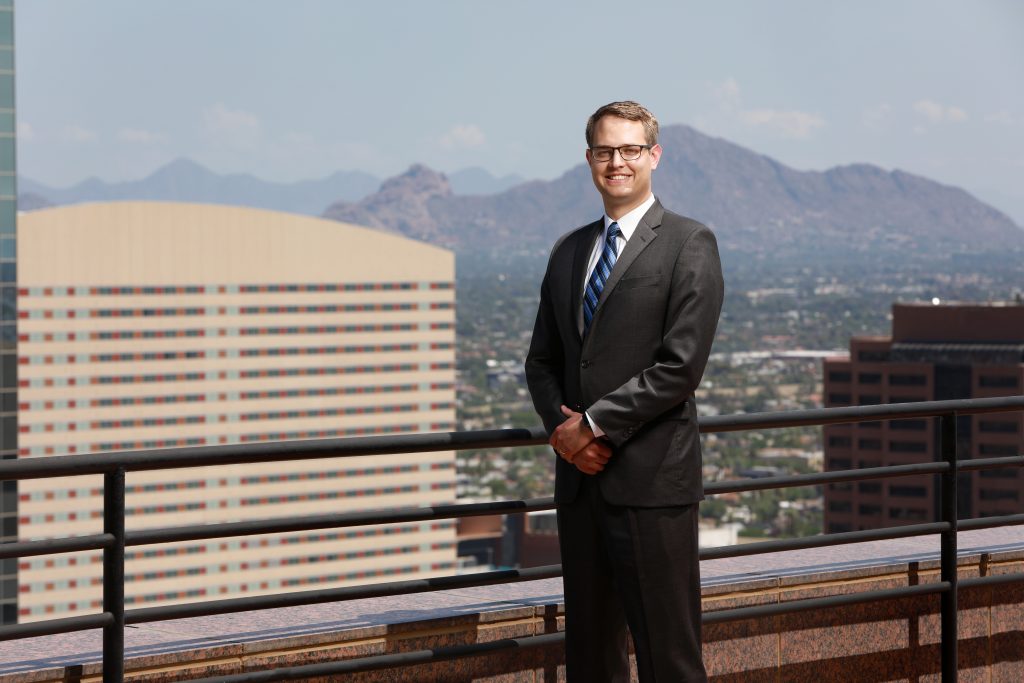 Riley Busby focuses primarily in the areas of trucking and transportation, products liability, and personal injury defense. He represents clients against various litigation claims, including employment, general liability, civil rights, and bad faith insurance litigation. Riley is a member of the firm’s Transportation & Trucking Rapid Response Team, a dedicated group of experienced attorneys who are on-call to provide counsel and guidance when a trucking or transportation-related accident occurs.

Originally from southern Arizona, Riley earned his law degree from the University of Arizona’s James E. Rogers College of Law in Tucson. He was a member of the Student Bar Association and the Arizona Journal of International and Comparative Law, where he served as a 3L Editorial Board Member and 2L Writer.

In addition, Riley worked as a business intelligence analyst for Tech Launch Arizona, helping to secure patents and commercialize technology developed at the University of Arizona’s Colleges of Medicine and Engineering.

While earning his undergraduate degree in psychology from Brigham Young University, Riley served as Activities Committee Co-Chair of BYUSA, and as Editor of the Pre-Law Review. During his junior year as Editor, Riley’s team published an article on patent trolls and their effects on the U.S. patent system and economy. In his final year at BYU, Riley worked as a legislative intern with Senator Weiler at the Utah State Senate. He also worked as a judicial intern for the Hon. Vernon F. Romney in Provo Justice Court.

Riley is proficient in written and spoken Spanish. In his spare time, Riley enjoys fishing, playing golf, and exploring the New Mexico landscape with his wife Sabrina.