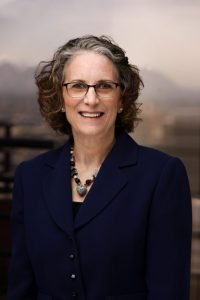 In a lengthy, split opinion, the Arizona Supreme Court held today that a home builder and home buyer cannot agree to disclaim and waive the implied warranty of habitability and replace it with an express warranty. The majority held that public policy prohibits the enforcement of the disclaimer and waiver.

The 40-page limited warranty administered by Professional Warranty Services Corp. (PWC) in this case did not generally warrant the workmanship and habitability of the home. Instead, it arranged construction elements into coverage groups; warranted each group respectively for one year, two years, or three to ten years against damages from variances in materials or workmanship from defined standards of performance; and established responsibilities for the builder and the homebuyer.

Four years after purchasing her home, Zambrano sued the builder for breach of the implied warranty of workmanship and habitability. Under the PWC warranty, Zambrano’s claims were either time barred or outside its coverage. The builder moved for summary judgment, arguing Zambrano had waived the implied warranty per the purchase agreement. The trial court agreed and entered judgment for the builder.

The court of appeals reversed. It reasoned that “the public policy supporting the implied warranty clearly outweighs the freedom-of-contract interest in the waiver’s enforcement.

The builder sought review. The Supreme Court majority agreed that a waiver or disclaimer of the implied warranties of workmanship and habitability is against public policy, but it vacated the court of appeals’ opinion because its decision was based on different reasons. The court upheld reversal of Scott Homes’ summary judgment.

In refusing to allow waiver of the implied warranties, the Supreme Court majority reasoned that while courts normally will enforce a contract even if one party made a bad deal, they will refuse to enforce a contract term if it is against public policy. And here, important public policies underlie the implied warranties: (1) protecting buyers of newly built homes and successive owners against latent construction defects that were not reasonably discoverable when the home was initially sold and (2) holding builders accountable for their work.

Further, said the Court, ensuring that builders use minimum standards of good workmanship conforms to a homebuyer’s reasonable expectations; discourages “the unscrupulous, fly-by-night operator and purveyor of shoddy work,” who might otherwise blight our communities; protects not only the original buyer but also subsequent purchasers; and shields a purchase that “is usually the most important and expensive purchase of a lifetime.” And enforcing the disclaimer here would likely spell the end for the implied warranty and eliminate the above-described protections.

Homebuyers also possess vastly unequal bargaining power, expertise, and knowledge as compared with the builder-vendor; and that distinguishes this situation from ones in which the parties are on similar footing and are thus better able to decide what contract terms serve their individual interests. Moreover, unlike with most defective consumer goods, poorly built homes are not easily discarded or replaced, and their impact can linger for decades.

The two dissenting justices “reject[ed] the majority’s bright-line rule today that Arizona’s public policy prohibits two competent parties, in all instances, from modifying the implied warranty with specific warranty terms of their own choosing—even when they knowingly, voluntarily, and intelligently do so.”

The dissent noted that the buyer was well protected because courts routinely decline to enforce any contract terms (1) that are unconscionable or illegal; (2) where there was fraud, duress, coercion, misrepresentation, or mistake; and (3) where a contract of adhesion was unconscionable and outside the reasonable expectations of the parties. If a warranty were to be declared invalid for such reasons, the implied warranties of workmanship and habitability would apply to fill the gap.

The dissent concluded that balancing the interests of homebuyers and the public at large is a task better left to the legislature; and the legislature had not made the implied warranties un-waivable. As such it would have affirmed the summary judgment in favor of the builder.