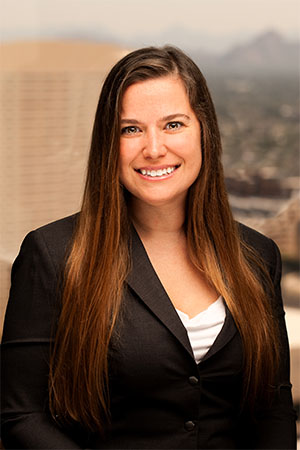 A patient sustained a right knee laceration after falling off a dirt bike. He was treated and released from the Payson Regional Emergency Department. A few days later, the injury worsened so he returned to the emergency department. A lab test for c-reactive protein (“CRP”), which measures inflammation and can indicate infection, was erroneously recorded as 45 instead of 138.79 (normal is less than 10).

Nevertheless, the treating doctor, concerned about potential compartment syndrome, had the patient transferred to Scottsdale Shea Medical Center for a higher level of care. At Scottsdale, the hospitalist, knowing the patient had been transferred for a concern over potential compartment syndrome, omitted the CRP result from the patient’s initial evaluation, believing it did not add critical information.

The patient did not have compartment syndrome, but subsequently developed necrotizing fasciitis, resulting in the surgical removal of all skin on his right leg. The patient sued, claiming the failure to accurately document and communicate the CRP lab resulted in a delayed diagnosis. After a 16-day trial, the jury returned a defense verdict.

During trial, several treating physicians were permitted to testify that they did not order a CRP lab test because it would not have been helpful to their diagnosis and treatment. They also testified that knowing the CRP results from Payson would not have changed their diagnosis or treatment, even though they had not seen those results at the time of their care.

Specifically, the treating physicians testified that CRP results, which show only generalized inflammation, are simply unhelpful in this situation. The trial court ruled that testimony on how to diagnose necrotizing fasciitis and what to look for was relevant to the treating physicians’ testimony as fact witnesses and thus did not violate the one-expert rule.

The court of appeals reversed the defense verdict, stating that the treating physicians’ testimony in response to hypothetical questions about the significance of the CRP results was expert testimony and thus violated the one expert rule (limiting standard of care experts to one per issue per side).

The Arizona Supreme Court reversed, holding that because the treating physicians’ testimony concerning the standard of care, including their expert opinions, was based on personal observations and personal participation in the patient’s treatment, the testimony did not violate the one expert rule. The treating physicians’ testimony about the CRP test and its result, given in the context of the patient’s necrotizing fasciitis, was relevant to their fact testimony explaining the treatment they personally provided.

The court rejected plaintiff’s argument that this approach would allow the defense to present a “deluge” of expert testimony through treating physicians. The trial court has discretion to preclude cumulative evidence or to allow an opposing party to offer an additional retained expert on an issue if necessary to ensure fairness.

Cory Tyszka focuses her practice in the areas of medical malpractice and health care liability defense, products liability, and wrongful death and personal injury defense. She represents all manner of medical service providers—including hospitals, physicians and nurses—as well as pharmaceutical and supplement manufacturers.