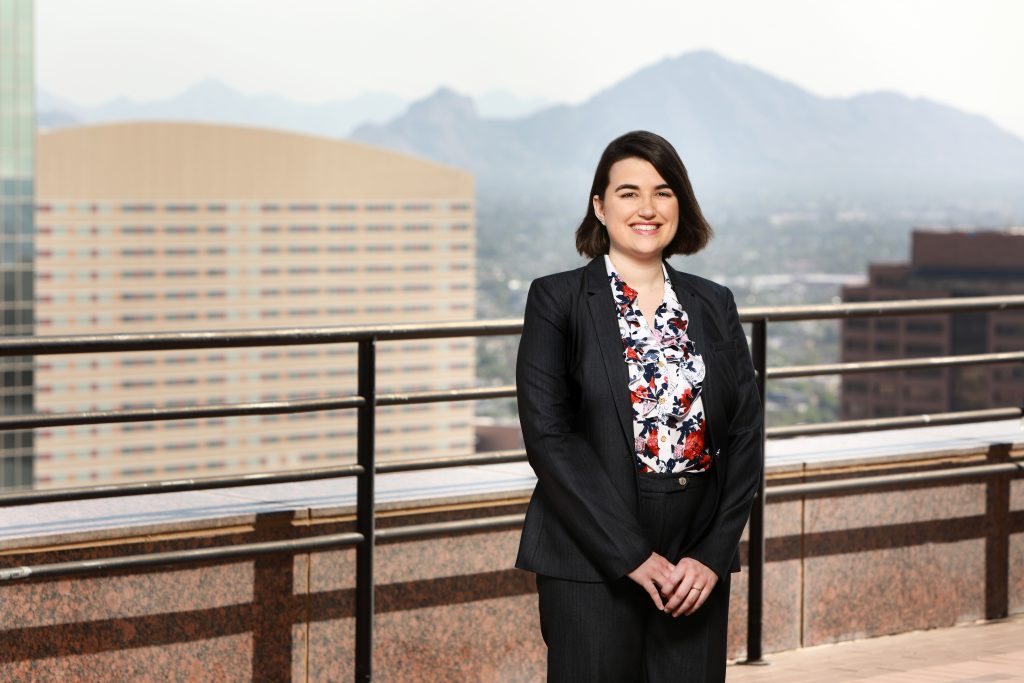 Ashley Caballero-Daltrey joins the firm’s appellate team where she represents clients in federal and state appellate matters and dispositive motions. Before joining JSH, Ashley worked as a law clerk for Vice Chief Justice Ann Scott Timmer of the Arizona Supreme Court. She has extensive experience researching and drafting memos across several different areas of law, as well as completing dozens of research projects and memos in torts, civil procedure, government claims, contracts, and land use.

While earning her law degree, Ashley served as editor-in-chief of the Arizona Law Review and worked as a research assistant for the second edition of Cases and Materials on Advanced Torts: Economic and Dignitary Torts. Ashley participated in the ABA Moot Court, National Environmental Law Moot Court, and Fegtly Moot Court where she was a Semi-Finalist. She also worked as a law clerk in the Civil Division of the Pima County Attorney’s Office and in the Riverside City Attorney’s Office in California. As a student member of the National Resource Use & Management Clinic, Ashley produced a 40-page handbook concerning appeals of grazing permits on public lands, edited and updated a handbook with NEPA guidance for ranchers, and authored four memos on federal and state water law regulations.

Active in her law school community, Ashley served as President and 1L Representative for Pride Law and was a member of the College’s Diversity Committee. She also volunteered her time as the lead coordinator for the Pride Law Name & Gender Marker Change Clinic.