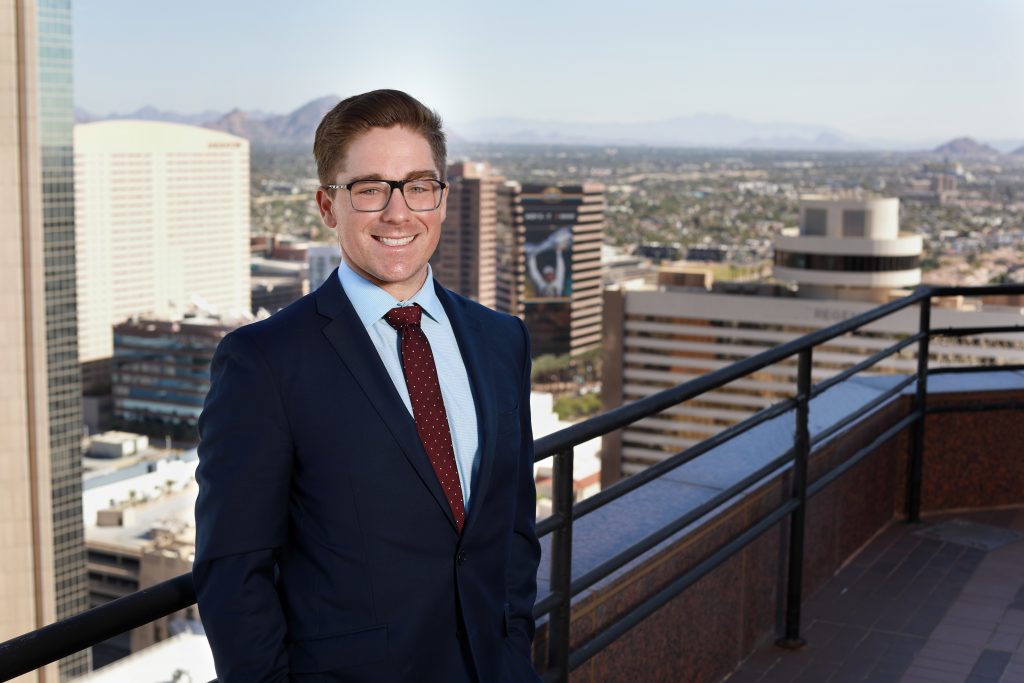 Before joining JSH, he gained plaintiff’s experience at a Scottsdale-based personal injury firm where he assisted in trial preparation and presentation for the largest jury award in Arizona in 2020. James developed strong case management skills and litigation experience including in the areas of discovery, developing strategies, defending client depositions, and planning and practicing for opposing party depositions. He further honed his writing and research skills through drafting mediation memorandums, arbitration statements, and substantive motions.

While earning his law degree from ASU, James worked as a Rule 38 certified student attorney in the Civil Litigation Clinic and had the opportunity to take depositions, telephonically appear in front of a judge, and draft motions that were filed with the court. He served as a Law School Ambassador and articles editor for Jurimetrics, The Journal of Law, Science, and Technology. James was named a Pedrick Scholar, earned a Cali award in criminal procedure, and named a Rob Carey Sports Law Scholar.

Originally from North Carolina, James graduated from North Carolina Central University’s Honors College with an undergraduate degree in history and minor in political science. He played college baseball all four years, served on the Student Athlete Advisory Committee, and was named a NCAA Division I First-Team Academic All American.

In his free time, James and his wife enjoy cheering on the Carolina Panthers and Chicago Cubs, golfing, and playing with his two dogs.