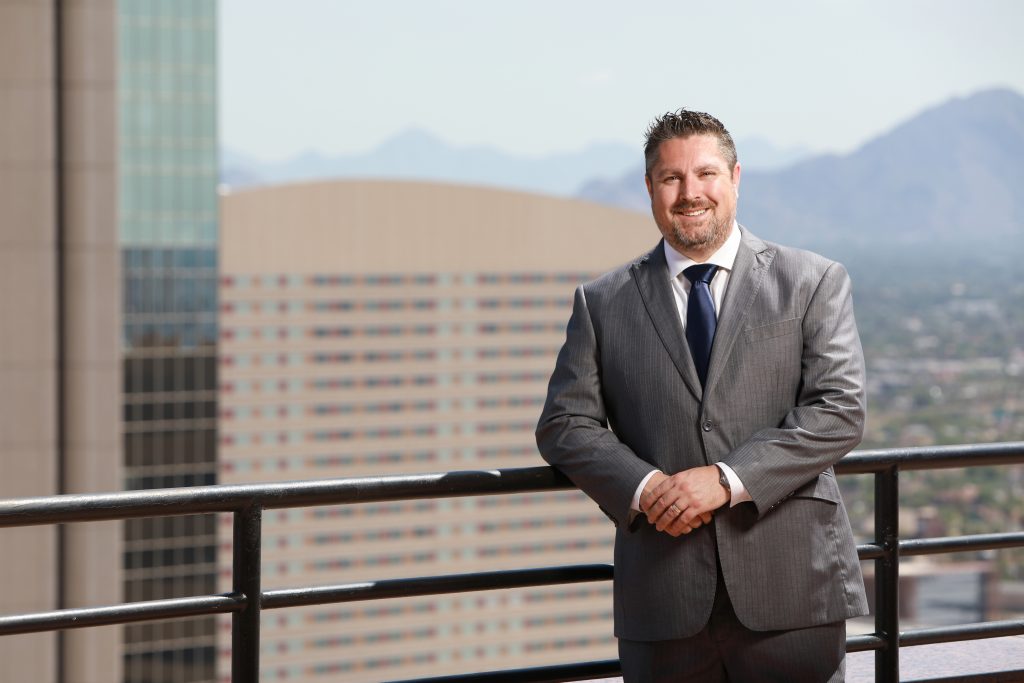 Jeremy Johnson concentrates his practice on the defense of clients in the areas of trucking and transportation, wrongful death and personal injury, product liability, and premises liability. He serves as the firm’s Transportation, Automobile Products, and General Liability Trial Group Leader. In addition, Jeremy is a member of the firm’s Rapid Response Team.

Obtained unanimous defense verdict on behalf of Allied Van Lines in $20-million wrongful death case. Represented a worldwide transportation and logistics company in a wrongful death incident with four statutory beneficiaries and complex issues of federal and state law. The Decedent was killed when Defendant’s truck backed into him in October of 2016. The Decedent’s surviving children brought suit, alleging that our Defendants’ conduct caused the death of the Decedent. Plaintiffs sought damages of $20,000,000 at trial. The Defense argued that there was no liability under the federal motor carrier safety regulations or at common law because the Defendant did not control the driver when the accident occurred. After a 3-day trial, the jury deliberated for only 40 minutes before finding unanimously in favor of the Defense. Boyd v. Allied Van Lines, Inc, et. al.

Obtained defense verdict in 15-day wrongful death trial alleging product defect. Partners John Masterson and Jeremy Johnson obtained a defense verdict after a 15-day wrongful death trial based on an alleged product defect. The case stemmed from a fatal accident at a construction site in which Mr. Gomez was killed when a 1,500-pound digger bucket fell from a large excavator operated by his co-worker. Defendant JRB designed, manufactured, and sold the coupler that connected the bucket to the excavator. The JRB coupler was powered by the excavator’s hydraulic system, which allowed it to be controlled by an operator from the cab of the excavator. Plaintiffs (the decedent’s wife and children) alleged that the JRB coupler was defective in its design and operating instructions. Defendant JRB maintained that its coupler was not defective and was instead misused by the excavator operator. Plaintiffs also sued the general contractor and the sellers of the excavator and coupler. Plaintiffs settled with the general contractor during the first week of trial and dismissed seller defendants at the close of their case-in-chief. The jury deliberated for approximately four hours before returning a defense verdict. Gomez v. JRB Attachments, et al.

Obtained defense verdict in construction site injury case, saving client $3.75 million.  Defendant, a general contractor, was contracted to erect and install steel staircases on a large worksite in Flagstaff. Plaintiff was employed to install furnaces, air conditioning units and ductwork. Plaintiff fell down one of the staircases and sustained serious injuries. At trial, Plaintiff alleged that dangerous worksite conditions and inexperienced subcontractors were at fault. Defense denied liability for multiple reasons, including Plaintiff’s inability to prove unsafe conditions, that he was an experienced construction worker, and had worked on the job site for several months. Defense further argued that Plaintiff’s complaints had resolved within days after his fall, and any ongoing complaints were related to his preexisting condition. In closing, Plaintiff suggested that the jury award $3.75 million. The jury deliberated for approximately two hours and found in favor of the Defendants.

Obtained defense verdict in a highly-contested $20-million wrongful death case in federal court. The decedent’s vehicle suffered a front-passenger tire failure at 8:00 PM on eastbound Interstate 10 in Phoenix. She brought the car to a stop in the #3 travel lane of the freeway, then engaged the parking brake and called her husband to inform him of the car problems. Werner’s tractor-trailer collided into the stopped car about a minute and a half after the car came to a rest, killing the driver.

Jeremy co-chaired the case with colleague Phil Stanfield. At trial, Defense presented evidence showing that the decedent drove on the flat tire for at least one full mile before bringing the car to a stop. Defense also argued that the decedent failed to drive the car off the highway (there was available shoulder along the road and she passed at least one freeway exit), which was the true cause of the accident. Plaintiff’s counsel argued the tractor-trailer driver was at fault due to lack of attention and failure to avoid a stranded motorist. In closing arguments, Plaintiff asked the jury to award $20 million. After deliberating for approximately three hours, the jury returned a defense verdict. Aguilar v. Werner Enterprises Inc.

This case was published in Arizona Attorney Magazine’s “Arizona Significant Defense Verdicts of 2013.”