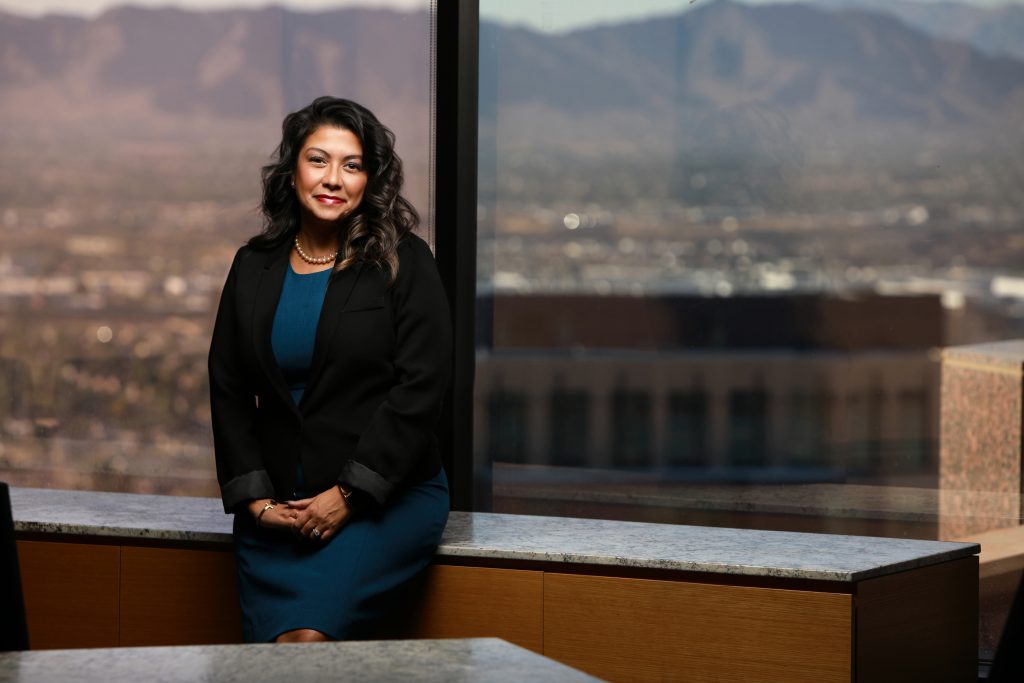 Lina Lujan has been with the firm for 23 years, initially serving as a legal assistant. She worked for founding partner Edward Hochuli and other JSH attorneys, including Jeremy Johnson, for 18 years, becoming an invaluable member of our team. In 2015, Lina was promoted to Legal Support Coordinator. Before joining JSH in 1997, Lina worked at Hammond, Natoli, and Tobler, a Phoenix civil litigation firm where she supported Jay Natoli, former Navajo County Superior Court Judge.

Lina is an Arizona native. She attended Estrella Mountain College and is a member of the Association of Legal Administrators (ALA). In her free time, Lina enjoys spending time with her granddaughter, running half marathons to raise money for Phoenix Children’s Hospital, cheering on the Arizona Cardinals with her family, and volunteering with the JSH Charity Committee.