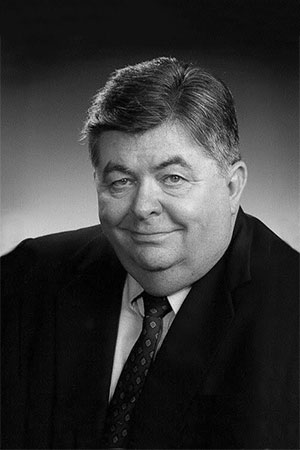 We report the passing of one of our founding partners, mentor and friend, William R. Jones, Jr., on May 7, 2017.

Bill lived his life not only as the consummate gentleman and professional, but also dedicated to his belief in his “responsibility as a public servant to protect, shape, nourish, and grow the justice system for all citizens.” As Bill once put it, “contributing back to the profession and to society is a sacred obligation that goes hand-in-hand with the privilege of being a member of this honorable profession.”

In his 54-year career, Bill tried more than 250 civil jury cases, and helped write many of the statutes and rules that form the cornerstone of Arizona’s legal system, including Rule 26.1, addressing discovery, and A.R.S. § 12-2506, which abolished joint and several liability. But in his comments to the American Board of Trial Advocates in May, 2011, Bill noted:

When the final judgment of who we are and what we have accomplished is made, it will not be based on how many cases we have won, but rather how we have fulfilled our obligation to others. We will not be judged on the number of billable hours or the bottom line. We will be judged, in part, on whether . . . we served others by discharging our duties as the trustees and guardians of our great justice system.

When I look in the mirror, . . . I do not see a balance sheet. I see a man who, hopefully, can say that he has done his best to fulfill the obligation of the public trust bestowed upon him as a member of this honorable profession. I hope that I see a person who is worthy of being called a true professional and one who has given of himself so that this honorable profession has discharged its fiduciary responsibility to our fellow citizens as custodian of the justice system in the best possible way.

This is the man Bill was and the shining legacy he has left us. We are privileged that Bill spent untold hours training our young associates and mentoring countless lawyers. He will be greatly missed by everyone at JSH, and by his loving family, wife Ellen, children Lisa and Rusty, four grandchildren, and cherished pup Cooper.