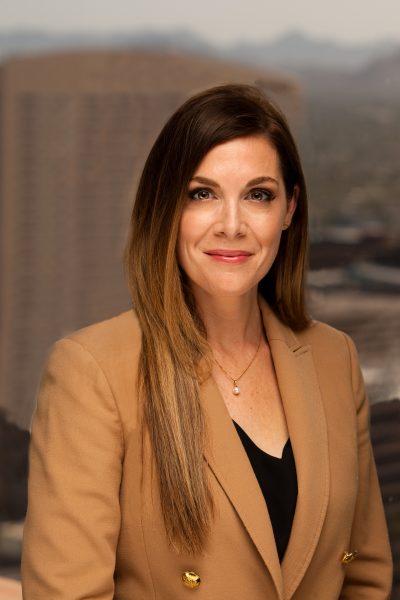 Christine joins the firm from the Maricopa County Public Defender’s Office, where she tried more than 20 cases and gained significant litigation, negotiation, and appellate experience. While earning her law degree at ASU’s Sandra Day O’Connor College of Law, Christine worked as a judicial extern for the Hon. Mary Murgia at the U.S. Court of Appeals, Ninth Circuit.

Before pursuing a legal career, Christine worked for nearly a decade as a news anchor and reporter for television stations in Phoenix, Albuquerque, Amarillo, and Grand Junction. She focused on legal and courtroom coverage, honing her investigative and communication skills.

Christine earned her Master’s in Journalism and Bachelor of Arts in Political Science from the University of Colorado, Boulder.