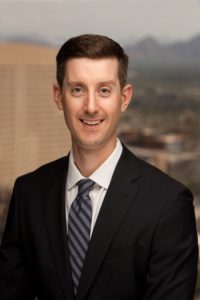 The Arizona Court of Appeals recently analyzed a question that often plagues the removal of an insurance bad faith case to federal court: what is the standard to state a claim against an alleged aider and abettor of a bad faith claim?    In Iglesia de Jesucristo Minesterios v. Brotherhood Mutual Insurance Company, the Court of Appeals held that conclusory allegations of bias and knowledge of the alleged tort by the aider and abettor were not insufficient to state a claim.  In other words, the “bare pleading of the standard” was not enough for the plaintiff to survive a motion to dismiss.

Initially, Iglesia confirmed the standards for bad faith and aiding in abetting in Arizona, which were not at issue.  In Arizona, the tort of aiding and abetting requires proof of three elements: (1) the primary tortfeasor committed a tort causing injury to the plaintiff, (2) the defendant knew the primary tortfeasor’s conduct constituted a breach of its duties to the plaintiff, and (3) the defendant substantially assisted or encouraged the primary tortfeasor in achieving the breach.  Wells Fargo Bank v. Ariz. Laborers, Teamsters and Cement Masons Loc. No. 395 Pension Tr. Fund, 201 Ariz. 474, 485, ¶ 34 (2002); Restatement (Second) of Torts § 876(b).  To prove a bad faith claim, a plaintiff must show that 1) the insurer acted unreasonably towards its insured and (2) the insurer did so either knowingly or with reckless disregard to whether it was acting unreasonably.  Acosta v. Phoenix Indem. Ins. Co., 214 Ariz. 380, 383, ¶ 13 (App. 2007).

Next, the Court of Appeals applied these standards to the allegations in the church’s amended complaint.  The Court of Appeals held that “complete knowledge” of the primary tort was not necessary, but the aider and abettor must know the conduct it aided and abetted was a tort.  The Court of Appeals noted that the church failed to alleged that AKE knew its report was to be used for an improper purpose (such as wrongfully denying the claim) and that general awareness of its use of reports in insurance claims is insufficient to establish knowledge.  In order to start an aiding and abetting claim, the church must have plead, with specific facts, that AKE knew the insurer’s “denial was made with reckless or knowing wrongfulness.”

There are two important takeaways from Iglesia.  First, the Court of Appeals has established that general allegations of bias or motive are insufficient to bring an aiding and abetting claim.  Rather, the plaintiff must state specific facts to how the aider and abettor knew its conduct was substantially assisting in the commission of a tort.  Second,  the Court of Appeals suggests the church could have taken discovery under Arizona Rule of Civil Procedure 27 before it filed litigation against the engineer’s firm in order to sustain its claims.  For example, the church may have requested to take depositions of key witness and obtain insurance company claim files before the filing of the suit to avoid a potential motion to dismiss.

From a practical perspective, this case should make removal of cases to federal court easier when the plaintiff names a non-diverse defendant.  It may also lead to an increase in prelitigation discovery.  Typically, there is very little pre-litigation discovery in bad faith cases, but the early dismissal of this suit may lead the insured’s counsel to take this route in order to keep their cases in state court.

Patrick Gorman concentrates his practice in the areas of bad faith and extra-contractual liability, insurance coverage, professional liability and other general civil litigation matters. In his practice, he represents small and large insurers in bad faith and breach of contract claims, often with allegations of punitive damages, through all phases of litigation in state and federal court.