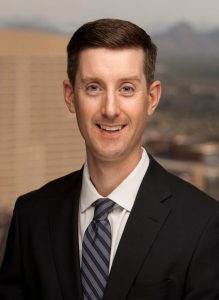 The Arizona Supreme Court recently issued an opinion on an issue that has split courts nationwide: may an insurer depreciate labor expenses when issuing an actual cash value payment (“ACV”) payment on a building loss?  In Walker v. Auto Owners, the Court unanimously held that under the policy terms at issue, the insurer could not depreciate the cost of labor in determining the ACV for a covered loss.

Plaintiffs purchased an insurance policy covering a house they owned in Tucson.  In May 2019, an accidental water discharge from an appliance damaged walls and several rooms in the house.  Plaintiffs thereafter submitted a claim to their insurer, who accepted coverage for the loss.

The policy had Replacement Cost Value (“RCV”) coverage, but in order to make a claim for the RCV, Plaintiffs would need to repair or replace the damaged property.  The policy also had an ACV option, which applied if the damaged property was not repaired or replaced.  The ACV provision stated that it “included a deduction for depreciation” but was otherwise silent on how that would be computed.  The insurer depreciated both labor and materials.  Plaintiffs filed a class action suit in federal court, alleging that the insurer underpaid them by depreciating both materials and labor, and sued for breach of contract and bad faith.  The insurer moved to dismiss arguing that the policy allowed it to deduct depreciation when estimating the property’s value, and did not distinguish between materials and labor.  The federal court certified these two issues to the Arizona Supreme Court:

The Court recognized that deprecation of labor has been litigated across the country with mixed results.  Some courts have adopted the view that labor can be depreciated” when determining actual cash value, while others “have held that labor may not be depreciated” for varying reasons.

The Court first determined the method for paying the ACV under the policy, and laid out three potential methods: 1)  fair market value; 2) replacement cost less depreciation;  and 3) according to the “broad evidence” rule.  In reviewing the specific language defining ACV in the policy (“If you do not repair or replace the damaged covered property, we shall pay the actual cash value of the property at the time of loss.  Actual cash value includes a deduction for depreciation.”) as well as the insured’s reasonable expectations, the Court ruled this was a Replacement Cost Less Depreciation method of paying an ACV.  Citing courts in Tennessee, Illinois, Mississippi, and Arkansas, the Court held labor was not depreciable under the RCLD method.  The Court suggested an insurer could change its policy language to allow for deprecation of labor, but the ambiguity in this policy, combined with the reasonable expectations of the insured, precluded the insurer in this case from depreciating labor under this policy language.

Walker follows a long line of Arizona cases that addresses how to handle property claims, and will likely have major implications for the adjustment of property losses in Arizona.  If a policy is ambiguous or silent regarding whether depreciation includes labor, then the insurer is unlikely to be able to depreciate labor while issuing an ACV payment.  The language necessary to inform an insured that the insurer may depreciate labor with an ACV payment is still an open question.  Future cases might need to answer that question.

Patrick Gorman  concentrates his practice in the areas of bad faith and extra-contractual liability, insurance coverage, professional liability and other general civil litigation matters. In his practice, he represents large insurers in bad faith and breach of contract claims, often with allegations of punitive damages, through all phases of litigation in state and federal court. Patrick also represents attorneys, insurance brokers, and accountants in professional malpractice claims.