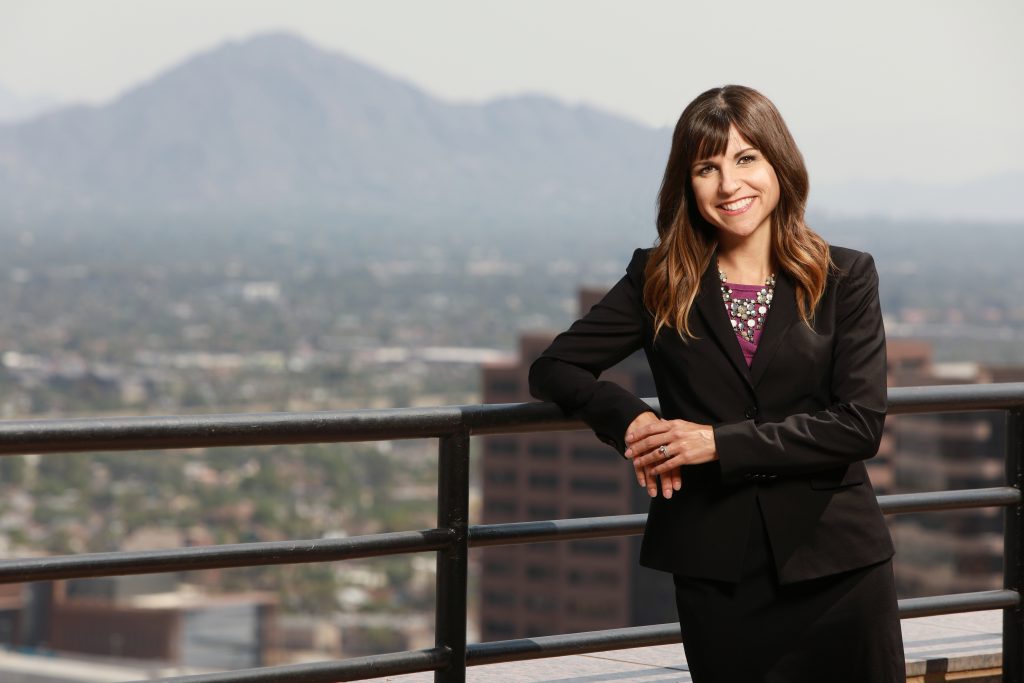 As a passionate supporter of diversity in the profession and the Latino community in Arizona, Ashley serves on the firm’s Diversity Committee, Recruiting Committee, and formerly chaired its Diversity Legal Writing Program. Since 2010, Ashley has been an active member of Los Abogados, Arizona’s Hispanic Bar Association. She was elected to serve as President in 2018, and has previously served as Vice President, Secretary, and on several committees focused on mentorship and fundraising for scholarships for Latino law students. Prior to joining JSH, Ashley interned for Representative Ed Pastor, U.S. House of Representatives; former Arizona Governor Janet Napolitano; Hon. Mary Murguia, formerly of the U.S. District Court for the District of Arizona; and Hon. Jon W. Thompson, Arizona Court of Appeals.

As Arizona natives, Ashley and her husband, Mike, spend much of their free time chasing after their three young children, cheering on the Arizona Cardinals and ASU Sun Devils, and escaping to cooler temperatures in Flagstaff.